I literally laughed out loud when I read these. I love it.

Thank you to She-Wolf for allowing me to share her stories with you!

Below are a collection of my funnier sexcapades.

These are the stories my girlfriends snicker over. I still do too.

Sex should be an enjoyable experience. It should be memorable.

If anything, I hope these stories give you a belly-laugh, and make you think “thank god that’s not me”…

This guy I met walking home. He kept lapping past me, beeping his horn to get my attention. He finally realized that I wouldn’t respond to cat-calling and showboating, and decided to pull over to talk to me.

He was a little older than me, with beautiful Mediterranean features and a hint of an accent. He asked me for my number and I gave it to him. These days, I wouldnt; but back then I was young and stupid.

We met a few times and on about the 3rd date we actually kissed. It wasn’t great. Too much tongue. Kissing can be taught though, so I gave him the benefit of the doubt.

The next time we met, we went for a drive. In broad daylight. He took me to a local parking spot in the middle of the afternoon. I knew what he was thinking and I knew I wasn’t up for being an exhibitionist.

He started to kiss me- thankfully, he’d taken my hints and his technique was much improved. That little kiss did way more for him than it did for me. He grabbed my hand and stuffed it down the front of his shorts, while exclaiming “see! You’ve got me all excited!”… to which I replied “you’re really not doing anything for me today; can you take me home now?!” I’ve never seen an erection deflate so fast!

I have known this guy basically my whole life; he’s a family friend.

We ran into each other when we were all grown up and hadn’t seen each other in years. After too much vodka and not enough thought, we bundled into a cab and went back to his place.

Initially; it wasn’t so bad. I knew him, even though I had never been this intimate with him before, so I was less hung-up than I’d normally be.

We decided to play with the handcuffs he had- which was a lot of fun. He was really physically strong, so moved me about however he liked (which I enjoyed).

After a few thrusts, we both felt a bit of pain. I told him he wasn’t doing it right. But he shook it off and tried to continue.

By now, he was really feeling sore and couldn’t work out why. He pulled out, and that’s when he saw it: blood.

Naturally; his first instinct was to ask if it was mine. It wasn’t. When he realized the bleeding was coming from him, he let out an almighty girl-scream and ran through the house naked, waking his housemates in the process.

He ran a shower and as the warm water lashed at his ripped frenulum, he screamed anew.

I’d managed to get loose of the cuffs and get changed to go check on him.

His housemates burst into fits of laughter when they realized what had happened and started chanting “broke-dick”. The name has stuck.

I met this next one online. We had a really lovely date (anything with messina makes me happy) and there was a lot of chemistry.

There will be no happy endings here!

Pfft! That bit of wishful thinking didn’t last long. I can’t help myself, after all.

When he pulled it out for me to look at, I had to choke back my laughter with a fake cough; it was literally so bent I bet he could pee around a corner! No joke- it’s basically a right angle.

Yes; we somehow managed to do the deed. Yes; it felt really weird. But surprisingly not that bad. A little bit of a quick-draw, but flawless technique. 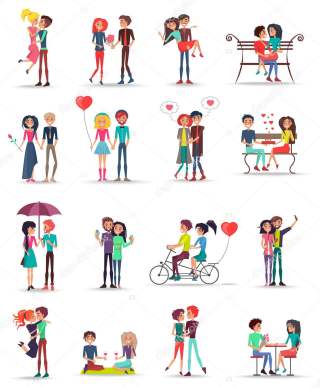 4. The Thrill of Brazil

I’d been on a really lovely date with this guy. Date number two was at my place; I was cooking.

Naturally, the privacy of my home gave us both other ideas. He’d said to me that he was “very dominant” and that he wanted to do something “special” with me.

As we started to get into it, he took out his “python”- the name he gave to it (really, it was not bigger in overall dimensions than a pork sausage- delusions of grandeur, perhaps?!) And proceeded to basically rub the tip of it over my face, like he was drawing an invisible mask of zorro on me, or performing some kind of weird blessing.

As he did this, he repeatedly whispered the word “special” to me. I was literally too stunned to move; face screwed up in a curious mix of distaste and disbelief.

The python spat too early and he was so embarrassed about his performance that I haven’t heard from him since.

I met him after a work party that I ditched in order to go party at a strip club instead.

One of his friends mistook me for an escort and tried to worm his hand up my skirt. The slap to the face I gave him made him see otherwise.

My convict called me over to him to apologize for his friends behavior and make sure that I was ok. He and I spent the rest of the night together- drinking, dancing and getting to know one another.

He propositioned me and I accepted. He had the bad – boy look. I didn’t think twice.

After a marathon round of gymnastic Sex , I said goodbye and he swore up one side and down another that he’d call me.

I was pretty “whatever” about it. But to my immense surprise, he did!

Though he would only call me on Wednesdays. And he’d flat out text and call me on weekends, trying to arrange to see me again.

It wasn’t until sometime later, when I questioned the pattern and asked him if he was secretly married or something that he finally admitted to me the truth- he was on weekend release from jail and gets a phone call every Wednesday.

Soon after this, he got into some more trouble and his weekend release was discontinued. I never heard from him again.

Let it be known that the wine they serve in RSL clubs played a massive part in this bad decision.

We met around the two-up table. I won most of his money. He kept betting with me to try and win it back, but also to have a reason to stay close to me.

By the end of the night I was well past the point of making a good decision. To drunk me, he was at least a solid 8/10, with short, curly hair, broad shoulders and kind eyes.

I dragged him home and had my way with him, apparently. I don’t remember it at all.

The next morning I woke up with a raging, head-splitting hangover… and a foreign arm draped across me. I carefully peeked over my shoulder to see what I’d done and threw up in my mouth a little. My 8/10 in the harsh light of day was barely a 2.

I sent my mum a message and asked her who he was. She said I apparently really liked him. I told her she was awful for letting him take me home.

I made him a coffee, then feigned a busy day ahead to force him to leave. I thought that’d be the end of it.

I was so wrong.

About 3 months later, I was in bed asleep; blissfully unaware that someone was calling my name from the front yard.

The noise woke my mum though; so she went to investigate. And, in a move so awful I can only describe it as a lesser form of child abuse, she let him in and woke me up to speak to him.

He told me he hadn’t stopped thinking about me and that he thought he was in love with me. I tried to mask my distaste as i told him there was someone else in my life (there wasn’t) and asked if he could get home ok.

He said he couldn’t, and suggested to sleep in my bed with me. I gave him two options; my lounge, or my lawn.

Thankfully; he had left by the time I woke up.

We met in a nightclub and he wouldn’t let me go from the moment he came and introduced himself to me.

He was really sweet; a genuinely lovely guy. He was really humble, and was polite to everyone who came to speak to him that recognized him. That kindness impressed upon me.

We went back to my place and got stuck into it. Mum was supposed to be staying at her mates place that night, so I figured I’d have the place to myself. Midway through, I thought I heard the lock turn on the front door, but I wasn’t 100%, so I just kept going, until mum flicked on my bedroom light and screamed in shock.

I did plenty of screaming myself (“Mum! Close the door! ”). The mood was instantly killed. And I sent him packing through the back door.

She had told her friends, too.

Who were all waiting to greet me in the morning with a Mexican wave, screaming “goal” and singing “ole! Ole! Ole!” at me.

It took a few weeks for that incident to die down.

Yep, I got a big chuckle at the office when I read these on my lunch break! Hahaha…

For those wanting to read, here is the link for She-Wolf’s blog.