I decided that it wasn’t healthy to keep seeing married men – that’s the wisest thing I’ve said in a while! Hahaha!! Even if they are allowed to see me – its not healthy, so I trolled online for a date with a nice single man. OMG where are all the single men!? I chatted to a young Tom Cruise look-a-like for a short time before we we tried to set up a date but we never could work it out, he seems like too much hard work. Maybe that’s why I am into married men, because they can’t always see me so it’s not disappointing when they don’t.

One of my biggest pet hates is when I know a guy can see me, like I know they are free & they don’t see me! It comes back to that stupid fucking book ‘He’s just not that into you.’ It basically says that if the guy is not trying to fuck you then he isn’t into you, no matter what the scenario. I don’t recommend anyone ever read this book! It is completely fucked & I think it’s partly part of my problem, I don’t show effort to a guy because I just figure ‘oh well, he just wasn’t that into me.’ It’s almost like my defense play card!

Anyway one night I was sitting in bed, early one Friday night & we were chatting & randomly arranged to meet up that night. I suggested halfway between our houses at a bar but he said he wanted to get drunk so I should meet him at his local. Warning bells should’ve been going off, but this guy was quite cute & I need a break away from the unhealthy relationships I am having.

He is there when I arrive, sitting outside having a smoke when I walk up, it’s freezing so we go in pretty quickly & he offers to buy me a drink. I ask for a red wine. Within a few minutes of the date he’s asking me about my job & almost asking me for help in my field. Of course, as most people would’ve done because of the things he was saying, they’d go in to work mode to help him with his situation. So that’s what I did, I went into work mode & started giving advice as I would if he was a client – not really thinking, just knowing there’s a way to fix his problem. But then he said I was boring. Yep, those words came out of his mouth to my face…

He went out for a cigarette shortly after that & upon his return, he said he was going to play a game of Daytona & I should watch his stuff… I was like right… Too bad if I wanted a game with him, I didn’t even get a chance to ask if I could play too as he was already walking away. When he finished his game, he came back to tell me off for playing with my phone too much, I was lurking in the chat group getting more & more jealous that Noodle was online but hadn’t chatted to me privately… Tom Cruise then asked me if I’d ever taken drugs – hmmm, yes, he did ask that! WTF… This is the first date. Then he asked when was the last time I had sex – err really? Then he asked me more about my ‘boring’ job, which I was careful not to elaborate on for fear of being boring.

We talked for ages actually but the conversation was always difficult & always controversial topics that I didn’t get a good vibe from him. He kept leaving me alone to go smoke but he kept buying me red wines. I had driven so I was taking it easy on the wine, but he kept drinking & buying me drinks, I guess he did say that he wanted to get drunk! While he is outside one time, he messages me “Hello”. I’m like what is this guy doing?

When we get kicked out of the front bar, he offered up the other bar near the pokies, I was going to say no, I better go home, when he said that he liked my jacket. I replied that I liked his too & he said “It’s my kayaking jacket” OMG. I ask if he’s been checking out my online profile, where I say that I have just gotten into kayaking. He says no, so I get a tad excited & asking him about kayaking, where he goes, if he has one of his own? He looks at me like I’m a martian & says that he doesn’t kayak. WTF! Yes I just had a conversation with myself about kayaking because he doesn’t actually do it…Like what is this guys deal?!

He goes out for yet another cigarette coming back to say he’s going to play the pokies… Why am I still here? Why haven’t I walked out yet? He stands at the bar, looking drunk & looking back at me as he orders some more drinks. I still am sipping my third red wine when he comes back to the table with a white wine, even though I’ve been drinking red all night & have an almost full red wine in front of me. He downs another beer. WHAT THE ACTUAL FACTUAL FUCK. Why would he buy me white wine now? This guy has a fucking screw loose… I can’t look away, I can’t leave this date because seriously this isn’t happening! 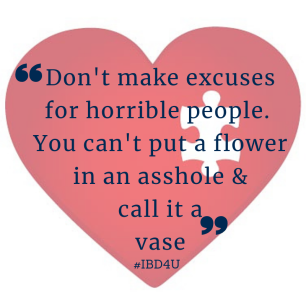 After the second time he goes to play the pokies & have a cigarette, I think I should just get up & leave so when he comes back he is baffled what happened to me. I check online & see that Noodle has still been online chatting profusely in the groups but hasn’t messaged me to say that he’s back online like he usually does – my heart sinks. So I decide to stay & ‘give this guy a go’ (Like surely I have a screw loose if I am still here at this point!) but when comes back Tom Cruise says “This isn’t going to happen” I blink at him before I realise what he means, I jump up out of my chair, pick up my bag & walk out without a word. Not even saying goodbye. Not looking back. Seriously. WTF!