Today’s filler post is very important to the Noodle story… You must read this one before the next Noodle post is posted!

One thing I want you all to know, which you should already be aware of, none of these stories are fiction. They are entirely non-fiction, they have all happened to me, to my recollection, this is the truth… While I am now using my life story for entertainment value for you guys, remember, I lived this! I did all this stuff & I don’t always make wise decisions…

While seeing Noodle, I know I said that I wasn’t talking to anyone else & while that is true for the most part, Noodle is offline a lot & I’m sitting around waiting for him, when Orbit joins the southern group I run, Noodle isn’t in all my groups, so I can flirt a bit without him seeing or getting jealous. I chat to J-Lo every day & Dom when he is around & not ignoring me. But with J-lo it’s just like a guy friend chat & Dom, well he comes & goes like the wind.

I guess as much as I don’t want something else with anyone else, I am still technically single & want a partner, so I’m also looking for someone single who I have the same chemistry that I have with Noodle. I’m sure there are single guys out there that I will have the same chemistry with. I mean, I’ve never felt like this before about a guy, but surely it’s not just Noodle, surely there is a single man out there for me?

Orbit is good looking & we chat a bit, I know he is talking to Sweetie (Max’s Wife) as well, before I even start talking to him. I’ve seen drama go down when people on the chat app when they are chatting to multiple people & I don’t want that, so I make sure he’s not going to be pursuing something with Sweetie, because if he was, then I would leave him for her. This is one of the reasons why I am glad that Noodle, while he flirts with other people, he doesn’t chat with others with the intention to meet them… This is probably why we are in this mess in the first place, we’re being too loyal to each other…

Orbit & I chat a lot – not like Noodle & I do, I mean Orbit & I can go days without talking & we talk about nothing of importance or anything deep. I know barely anything about him. I think it’s not wise for me to be only fucking Noodle, I am way too into him. When Orbit invites me over for a drink, I accept. As I put the condom in my pocket, I think this isn’t a good idea, but it’s also the only idea that makes sense. Orbit says he has his daughter but she’s in bed asleep, I get to his house & we sit drinking wine on the couch. It’s nice, but I feel no spark, I feel no electricity, I feel nothing like I felt with Noodle the first time we met. I mean if Noodle & I could’ve, we probably would’ve fucked on the tables at the café we met at… I actually had to physically control myself from touching Noodle… With this guy, I am dreading him leaning over to kiss me. Is that because of Noodle od because of the chemistry with Orbit?

Around midnight, Orbit & I have not even touched, the conversation is a little bit stagnant, that I say I have to go, I’ve finished my first wine & he hadn’t offered me another one, so I just head home. I only live around the corner so it’s not that far. I look at my phone & Noodle hasn’t been back online… What the fuck is going on with Noodle? This date has made me realise though, that I only want Noodle. I don’t want to date, I don’t want to meet new men, I want Noodle & whatever this stupid thing is between us!

But the Noodle is still being weird with me, for the last few weeks, he’s barely talking to me, but when I say that he’s barely talking to me, I mean he talks to me every day, we always chat daily, but it’s not the same at it was. Noodle just says that he’s too busy, which pisses me off & is super offensive, like I haven’t been busy this whole time & yet I make time for Noodle. I mean I was fucking sleeping with paperwork at one point, that’s how busy I am. But Noodle is taking home rosters & doing them at home, so he can’t reply to me…

Orbit is messaging me, inviting me over when I agree… I am sitting on the edge of my bed, half undressed thinking that I should get into bed, but also willing Noodle to come back online to save me from making this terrible decision. I think fuck it, fuck Noodle, I’m so over this bullshit with him! 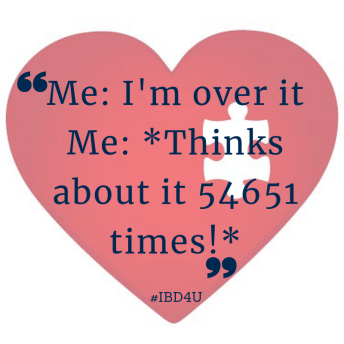 I get to Orbit’s house & still nothing from Noodle. I walk in his front door & we’re kissing straight away. He’s not that great of a kisser. He has stubble, which is ok, but it’s the scratchy type of stubble, not soft scratchy like Noodle’s beard. I usually hate beards & this one kind of hurts my face – this is why I don’t like them. We kiss & he moves us into his bedroom, closing the door. We get naked, undressing ourselves, we lay on the bed, I get the feeling he is more submissive than he let on… Or maybe it’s nerves or maybe he just is being respectful of me, I don’t know what it is, but it doesn’t flow well, it doesn’t have passion or chemistry, I don’t even cum. Orbit doesn’t talk during sex, when I try to ask something or say something, he doesn’t really respond. That’s fine I guess, I never used to be a talker until I was with Noodle & even with him sometimes I still feel self-conscious.

Should I tell Noodle? Should I keep my mouth shut being I know I am never going to see Orbit again? Does Noodle need to know? What would he say? I can picture him saying “I’ll live” or “Part of the deal” but he’ll be jealous as fuck. I can’t deal with that… I don’t want to hurt this guy, even though every night he doesn’t come back online, he hurts me. Will it change things even more? Will it make things weirder? Will he stop talking to me?

FUCK ME! What have I done?!