Lately I’ve had a lot of new likes on Facebook, which is great. I love that people are getting involved in my blog, even if it’s just for the hearts… But this also worries me when people start reading halfway through a story, as this story especially, without the context of the last 400 blog posts might seem a little fucked up… I get that. I am not innocent or even trying to justify what I did. I know the part I play… So if you are a new reader, I don’t expect you to go back to the start & read all the posts about my life to understand this story, but just understand that each post doesn’t contain the whole story obviously so it make take some time to grasp what is happening & I will say that a lot of my posts are NSFW & should not be on your work computer! Hahaha.

I wake up to messages from him as usual, he tells me that he doesn’t think I’m a lonely loser. I know why he does this & interesting that I was chatting to my friend the other day about how he does this sort of thing & I get why he does it, I’ve probably talked about it before. It may piss you off that he talks to me like this but it’s about his own insecurities, not about me at all. However, he does annoy me that this is the way that he talks to me because it’s exactly how his partner talks to him, putting him down, making fun of his interests. To be really honest, I don’t even think he realises that he does it. I tell him not to back track now, I mean he psychoanalysed me as a stranger, there is no need to pretend that he didn’t mean it. He tells me that I have a lot of friends & people on the chat app, he thinks I am lonely being that everyone around me is in a relationship & sleeping next to someone every night but he didn’t mean it that way “Your so successful in your life especially based on how poor you were when being raised. Your not a loser. You make a lot of money and have done well to get where you are” I remind him that even though I have put my life on hold for work, to the detriment of our first affair & other guys I’ve dated & I am being treated like shit at my work, so while I earn a good wage & yeah I have my own home, it’s not everything. I have put my heart & soul into my work, I fucking love my job, but how successful are you really if you aren’t appreciated & being micromanaged after 5 years?

He replies “I still believe any man would be lucky to have you” I get what he’s trying to say but fuck that just hurts me when he says stuff like that, it always did – why doesn’t he want to be that lucky man? I try to change the subject, it’s not even 7:00am & I’m fucking down about my shit life. “It’s trueeeeeee. I think your fucking amazing but I maybe biased.” I just hate when he tries to build up my self esteem when clearly I am a loser.

We talk about if his daughter wakes up today & he mentions so weird tv show she loves & he says “You are an old lady with no kids” FUCK ME. I say wow & he asks if I’m a bit sensitive this morning. “No… But I did wake up early to a message saying I’m not a loser, when clearly I am…. Loser interests, loser taste in men, loser in my job, single sad loser sleeping alone every night & now old with no kids… Does that about sum it up?” OMG why do we bicker on days we’ve planned to see each other?! 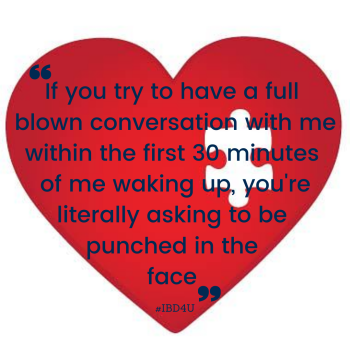 “Argh. I’m just going to shut up now. Your not a loser at all. Your sexy , funny , beautiful,and an amazing friend. And far from a loser.” I say that I want to move on from this conversation because it’s not getting me in the mood to fuck him today & it’s making me want to cry “#IDB4U. Awww. I wanna hug you.”

To snap me out of this mood, I ask him if there is anything he wants me to bring today, I want to give him everything he’s never had, I want to make all his dreams come true but he says just my wet pussy. I laugh saying it’s kind of a package deal. He says he has no specific requests however I always know what he likes & that he loves all 3 of my holes equally. As I’m picking out an outfit, he says that he doesn’t matter what I wear & I ask why I am bothering. “Cos I unlock you sexy ass slutty side. And you want to be sexy for meeeeee.” I actually get quite turned on when I am getting ready for him, planning what I am going to wear, I picture what his face will do when he sees me, I know that as soon as he sees me – probably even before I’ve walked in his door, that he is semi hard knowing that I am getting closer to his house.

As I drive to his house dressed in the sexiest outfit I have ever worn for a man… I am wearing the nurse outfit he bought me Christmas that I haven’t worn for him, I have knee high white fish net tights that attach to the skirt of the nurse outfit. I am not wearing a bra or panties at all… Of course this isn’t an outfit that I can wear out in broad daylight, so I add the trench coat. I want to wear heels but Silverlining has a gravel driveway, so I wear ballet flats & carry the red patent leather skyscraper heels to his door. As I’m swapping shoes at his front door, shaking & struggling to get them on & stand up straight, he opens the door & FUCK. His eyes pop out of his head, he smirks & I know that he likes that I am wearing a trench coat for him, a fantasy we’ve both had! He has no idea what is underneath & I know that his eyes will pop again.

I am shaking like a leaf as he takes me into his strong arms & pulls me against his body kissing me deeply, pulling me into the house. We kiss & OMG I love kissing this man, our hands are everywhere… I am shaking because I want him to see what I am wearing but I am nervous about him seeing me. I’ve never done this before, I mean I’ve been in lingerie & a cute dressing gown when he’s got to my house before but not in a costume. I push him over to the couch & sit him down, undoing the belt of the coat & I watch his eyes… Fuck his eyes are so expressive. I don’t know how he gets away with lying because his eyes tell me everything I need to know. He is naked sitting on the couch & he is hard, so I kneel down & suck his cock till he is begging me to stop, saying that he doesn’t want to cum too quickly. I slide the condom on him & I climb up onto his lap & fuck him hard, I stick my tits in his face & he kisses them. He says that I have a tiny waist & I know he means it when he grabs it roughly to help me pump up & down on his cock. He flips us over so he’s on top of me fucking me on the couch, I cum multiple times. Fuck I love him…

We sit around cuddling & touching, talking about crap & honestly, this is my favourite time with him. Of course I don’t get it uninterrupted because he’s checking his phone for her location as she’s come home before when he has days off, even though his daughter is asleep she could appear at any time. I have no idea what I’d do if she did come home. I mean my shoes are outside that’s a dead give away something is going on. I try not to dwell on that, if it happens, I will deal with it then.

Of course when we’re done, we literally sit there entwined in each others limbs, sated & both loving the fact we didn’t use a condom. He asks why I fucked him without one & I don’t have a reason, besides I basically rub myself all over him, if he has an STI, I would already have it… I’m not fucking anyone else anymore, so I just went with it.

His daughter wakes up early, even though I was hoping to spend a bit longer with him after we cum, but I jump up & put on my trench coat & & he goes to get her up, I kiss him good bye & leave. There is something shit about leaving like this, quickly & not with a proper goodbye. I mean, I go back to work on Monday & so I don’t know when we will ever be able to see each other again, he will be unemployed soon, so I can’t meet him at his work. I will be at work when she’s at work, plus my work is far from where he lives. I can’t see him on weekends as he’ll have the kids, I don’t know how this is going to work out, but with everything else epically shit in my life with work, I cling onto this one good thing. My best friend back in m life for as long as that may be!