I start chatting to Silverlining as Marvel on the chat app, I can now get notifications. Only his name isn’t Marvel on the chat app, it’s something that I hate. Another man I was reasonably involved with actually used the same name & actually I used the name as his pseudonym in my blog. I tell him I feel so special after 28 days that he came to find me & I also ask why he is using that name & he says that it was deliberate that he took a chance that I wouldn’t chat to someone with that name, plus he says that people are already calling him by this name… OH FUCK, of course they are!

I don’t know why but I want him back in my group, I ask him to join if he wants & he tells me I’m cute before I say that I am not. Hahahaha… He goes offline saying  “Chat again soon loser. Luv ya” I say Luv ya too & he’s gone.

The next day I wake up to just one message & so I reply good morning & ask how he is, he asks if everything is ok but I don’t understand what he means, he says that I don’t usually say good morning. I laugh because I am usually walking up to 50 messages that I don’t even think to say good morning. He asks if I want a rant, I say that his rants are fucking cute as fuck usually, but I don’t want him to have a rant at me every day but I do like when I get more than one message every day. He then says “Oh I got a question for you. Who’s more stubborn ? Me or you ?” Well that’s an interesting question… We both are fucking stubborn, when we broke up the first time I was so stubborn but then I cracked & reached out to him. I know he thinks I’d moved on so he was stubborn & refused to message me to see how I am… I say that I think I am the most stubborn but ask him who he thinks “I do fucking give in before you usually … I’m pretty fucking stubborn person tho.”  I mean we’re probably as stubborn as each other, but out banter & bickering makes us hotter so  one of us usually give in before it gets too far & usually it results in some hot sex.

While I’m away in Brisbane, we chat a lot, but not all of it is worthy of a blog & in the interested in speeding things along, I will just try to give you some highlights… Though it’s so hard to not give you almost word for word conversations! Hahaha

We talk about Rope & how everyone hates me now & that I am not going anymore, which he just pays me out about – Which fucks me off because of his partner paying out his likes & hobbies. I snap & tell him that he’s fucking judgemental. He then asks why I talk to him if he’s such a prick to me 50% of the time. I say that I’m not entirely sure. He tells me that I’m super cool & I snap saying that I never said I was cool. He’s the one that always gave me that title then used it against me as a reason not to be with me.

We talk about the boundaries he tried to set of only talking once a week, yeah that is going well! Hahaha. I’m reminded that there aren’t that many opportunities to see him, once I’m back at work, once he’s not at work, then it’ll be harder & harder to find a time we can see each other. He also doesn’t go to the gym at night anymore, he goes early in the mornings now. He says that he might set up some interviews or something, but I ask how he’s going to do that with the Apple stalker app. I’m sure that if he says he’s got an interview, then she’ll be watching like a Hawkeye where he is. He says that he’ll work something out & asks why I fuck him so good but also says we probably shouldn’t keep fucking… Well what a contradiction. I say that I wasn’t sure we were going to fuck the first time & he says “Really? Your pussy told a different story.” FUCK “My pussy is no indication of what my brain is saying… You should know I’m like a guy… Thinking with my dick. Which is constantly hard.” He says something about me wearing a trench coast next time when I say that I will mix it up for him. I don’t tell him that I bought a trench coat which still has the tags on, that I bought with the idea of a fantasy with Abs & also talked to Holden about the same fantasy… Could I do it with Silverlining? Finally? The one I wanted to do this fantasy with? I just always think I will have all the time in the world with Silverlining to do everything sexual that my brain thinks up. “You’re about to go offline & I’m going out for dinner… So tell me you love me Silverlining & send me a cute emoji before you go then you may get the trench coat fantasy you’re looking for…” I say goodbye early because I am going out for dinner & am not going to be looking at my phone to reply to his every message, he sends me a pig emoji because he’s a twat but he says that he loves me. I write that I love him too & can’t wait to ride his cock again.

Later that night I send him a picture of my granny undies I bought in Queensland to go with my new dress so I don’t have panty lines. “Sill look sexy in granny undies lol. That a hot pic btw. Why do you tease me with pics that make me want to fuck you? PS look how small your tummy is these days.”  I love that he thinks I am skinnier. I mean I am, the stressors in my life due to work are causing me to basically have an eating disorder, it’s fucked…. He tells me that he doesn’t think I am skinny & doesn’t want me skinny “You are beautiful and proper curvy , not fat curvy. And you have no gut at all these days.” We end up sexting & Silverlining sends me a picture of how hard his cock is, we all know what I would do if I was there with him & he says “Fuck you #IBD4U” I start calling him baby as a joke but he says it’s super cute that I am calling him Baby. It’s late at night so we say goodnight “Fucking love you heaps” I tell him that I love him too & his response makes me gasp “I missed my best friend so much” I stare at that for ages “So fucking much” FUUUUCCCKKKK…. I tell him I missed him too, I fucking did, so fucking much, I hated not being able to tell him things, I just never thought he felt the same way or that he would ever admit it to me like this… 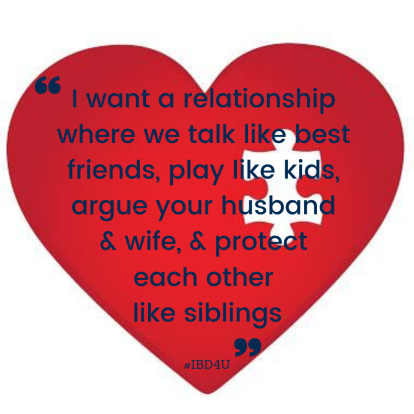 At this point, I realise that if we didn’t meet as strangers on the anon app, we wouldn’t have ever chatted again, we’re both too stubborn & thought we hurt each other too bad to start something up again. I doubt if I knew it was him from the beginning that I would of chatted to him or told him that I loved him this time around…

We fight more about how lame he says I am for going to swingers parties & going to rope, not this old chestnut. I hate that he calls me lame all the time. He then genuinely asks me if I think he would like Switch, as one of his best friends, he asks what I think. Of course I know he would hate it, he would be self-conscious & hate it but I say that if he went with me, he would find himself enjoying it a little if he treid. I also say that I think he would hate concerts & things too because of people bumping into him & stuff. I know he would like the concert but I think he would be a grumpy old man when someone spilt their drink on him. “Hmm. Your wrong on all levels. And that kinda disappoints me. No way would I enjoy Switch and I do enjoy concerts and the show”  The word ‘disappoint’ seriously kills me… I know this man so well in so many ways & I thought I knew most things about him, but him saying that word to me really fucking hurts that I don’t know him like I thought I did!

He doesn’t let it go, he just keeps saying how shit & lame Switch is, that he’d hate it & I end up just saying that he’s being judgemental, but he says that he’s just being honest. I mean how can you have an honest opinion about something you’ve never been too? I say that he could just say it’s not my thing & leave it at that, but he doesn’t. He just keeps going & going until I just agree & says “It’s lame. We’re all lame. I get it. Just let it go”  he replies “Fuck I’m a prick. I’m off. Chat later” He logs off & I am seething… He’s a fucking wanker!