Reactivating my account, I get more likes than I ever have before, I chat to an electrician guy who asks if I’m free to catch up. He looks alright on his profile & we’ve chatted a fair bit so I think why not, what could it hurt. If worse comes to worse, then it’s just a good story for my blog!

He suggests the worst local pub near my house to catch up & I immediately say no & suggest one that has just been done up, so we decide to meet there. I walk in & don’t see him straight away so I go to the bar to get a wine so I turn around he’s at the other end of the bar so I walk up to him & say hello. He’s pretty much like his pictures but in real life he reminds me so much of Cruise & I am kinda not really attracted to him.

The drink goes well, I talk a lot which is what I do when they are quiet & I make him laugh a lot but he doesn’t really make me laugh at all. It’s easy for me when I don’t find them that attractive to be the person I am, not the shy person that guys I like see which is probably why the men I don’t like get to see the real me & actually want to see me again.

We have a couple of drinks but it’s so windy & cold that we decide to go, he walks me halfway to my car & asks if I want to catch up again, which I say yes, then he says he’ll hug me goodbye & I kinda do an awkward kiss on the cheek at the same time, not really thinking & so we kinda leave awkwardly as I didn’t actually kiss his cheek. SUPER!

I get home & minutes later there is a message on the app from him saying hey cutie, thanks for tonight, here is my number, hope we can catch up again. Why when things go ok with a guy, do I start thinking about Milky? We weren’t ever a coupe for fuck sake, he didn’t like me, he was short & lied about his age, why would I want to be with that? But I also thought about the Seacliff guy, I was actually really interested in him. 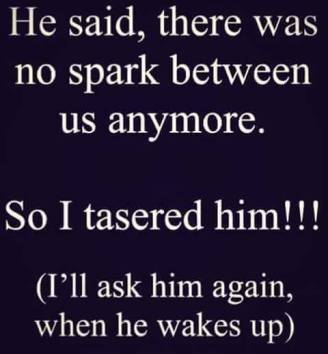 So I don’t want to lead on this guy by messaging him but I also don’t want to give up on something that could be good just because I like someone else who doesn’t like me at all. But I message him & a few weeks later after about 10 texts in total we arrange another date, coffee on a Saturday afternoon & possibly a walk.

We catch up for a coffee, he arrives & buys the coffees – Well hot choc for me as I don’t like coffee, we chat for a bit, it’s a little awkward & hasn’t gotten any better to be honest, there are a few silences which make me uncomfortable, when he finally says that the sun is in his eyes, we get up less than an hour later to go. We have an awkward goodbye & he says we should catch up again, I say the usual yeah, but don’t really mean it. I think he gets it too because I haven’t heard from him.

One thought on “Woody”