When I was staying in the Riverland for work I was scrolling through some random profiles on a new website I was trialling & started chatting to this cute boy who only lived a few kms out of Berri where I was staying. We chat a little while & he invites me over.

I pluck up the courage as this is the first guys house I’ve ever been too while on this slutty quest & I’m hours away from anyone I know, I start wondering if this is a good idea as I get in the car & the sun is sinking low in the sky. I decide to just ‘get a grip’ & crank the music, but that was probably a mistake. I forget what the music was that was playing but it was kinda an eerie song, it was now pitch black, being that he was out in the country with no street lights, plus I almost hit 3 rabbits, a bird flew out in front of me in the darkness & then I saw a kangaroo. The GPS took me to his street, there were no street lights, no neighbours, vineyards on one side & I seriously looked like I was going to be murdered out here! I did a quick u-turn & put my foot down to go back to the comfort of the hotel. 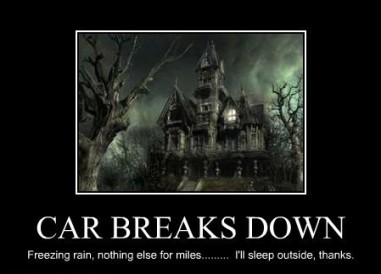 I messaged him on the app when I got back to the hotel & I was quite honest, he laughs & explains he does have neighbours & that I should come back. I suggest he comes to the hotel but he says he’s shy & doesn’t want to get kicked out. I don’t really get that but I say ok & agree that perhaps we could meet in the daylight the next day. I finish work at 5:00pm & want to go for a walk first but could be there about 6:00pm. He agrees.

Next day in the day light I start the trek again, we have discussed me going another way which includes me going over the ferry. It’s much easier & in the light of day I realise that his house isn’t as scary as I first thought. His house is brand new, he has neighbours right next to his house (probably closer than my neighbours at home) & he’s also waiting out the front for me to arrive as I was messaging him when I was on the ferry.

He’s really tall & better looking than his photos so I am pleasantly surprised. We go inside & his house is immaculate, not a thing out of place & everything looks completely brand new. He asks if I have eaten, which I haven’t so he cooks a store bought frozen pizza. Then his phone rings & of course I can only hear one side “oh really? Oh ok, I’ll be there in a minute” I figure that this is the ‘rescue call,’ mostly done by women, where you get a friend to call 30 minutes in to a date so that if it’s going bad you can bail. So he says to me, ‘I just have to go help my dad for a second, pick something on the TV’ I think WTF!

So there I am sitting in his lounge room, watching TV while he goes somewhere. I think this isn’t good. I start to think about horror movies & what might happen to me as I sit there trying to work out his complex remote control.

When he comes back, we watch TV, eat pizza & some lollies. I feel so awkward being this is the first guys house I’ve ever been too from a dating website & I feel like I should leave, I don’t want to overstay my welcome, I also can never tell if they are interested or not. At 9:30pm, at the door he says you don’t have to go, I say I better as I have to work tomorrow & he shakes my hand! Yes, he shook my hand to say goodbye. We talked a bit after that he wanted me to come back to the Riverland & added me on Facebook but I didn’t see it going anywhere. However he was a really nice guy & someone I reckon I could of been in a relationship with. Pity about the distance & chemisty.