I don’t expect to hear from Noddy, he reads my message instantly & I will never know if he reads the diary I sent him via email… I guess the sad thing about this all, is that while I was upset he bailed, I got the reason why he did, however the way he treated me after he bailed is the problem. Not writing back to me then posting snapchats cuddling someone else…

One of my friends asked me why he couldn’t see me at all since helping this chick, I ask myself that same question… He can make time for her, but he could leave her for a few hours & see me. Surely she knew about me & would be ok with that…

After I send him the message & my diary, Demon & Snapchat girl chat in the group, Demon says they’re having pizza for dinner but snapchat girl says “Not yet Demon, we haven’t even left the park we’re here catching Pokémon’s lol” Seriously!?

Noddy hasn’t chatted in the group since he bailed on me last week, but could the snapchat girl rub it in my face anymore? I’m sure she knows about me, surely?! Why hasn’t Noddy asked her to stop, to have a bit of respect for me? Clearly he doesn’t have any respect for me, or he wouldn’t have been sending the snpachats, just like Noodle didn’t ask his partner to respect me, but always asked me to respect her… Why am I so easy to disrespect?

I have also realised that my body is a little crazy when I am stressed or broken hearted… My mouth is so dry, my heart has palpitations, I can’t eat at all, I don’t sleep much… This is only the third time that this has happened… It happened with Boyfriend, it was worse with Noodle, now it’s happening with Noddy… Though this time I’m not sure if it’s because of feelings I had or the fact he’s rubbing it in my face that he has someone else? Did I have feelings for this guy?

After a week of not hearing from him, I actually realise that yeah I had some sort of feelings for him, I won’t deny that, but it was the rubbing it in my face over the chat app or snapchat that makes me go crazy.

“Hey, look I’m sorry its taken me a while to reply. I had a lot to read.

I really am sorry.. I overreacted. I had a lot going on… I didn’t mean for any of what happened to hurt you in the slightest… Yeah it probably was a copout… And it isn’t up to me if I am good for you or not.

I promise you now… Everything I said I really did mean… You are an amazing person who deserves the world. And I am just too much of a soft heart that I help too many people to the point where I run myself into the ground to distract myself from life in general. You didn’t deserve to be hurt by men like you did…

My words are a curse… I speak way too much of what’s in my mind instead of having walls up like you did. & I’m fucking sorry that I spoke so much that I softened those walls & you let me in.

I don’t expect a reply.

I just want you to know that I really apologise for everything that I have done.

I won’t try & justify any of my actions. I betrayed you & your trust.

Well again, yeah I know he has a way with words, but I don’t even know what to say to that! I start drafting what I want to say, I write big long messages but delete them all… I don’t want to keep messaging him. I realise I don’t want him as my partner – we probably never would’ve worked but he would’ve been fun for a bit longer. One good thing is the snapchat girl left my group at least. I hated seeing her in there, maybe what I wrote about her was true?! 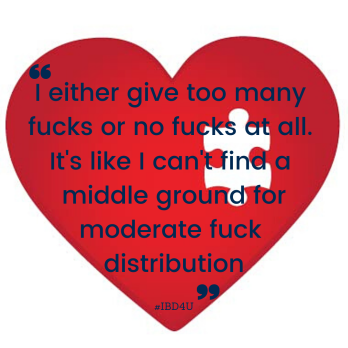 I mean he says he has a big heart, but he only seems to have that for everyone else… He’s told me I am not a priority & there are too many red flags for him but we can at least salvage a friendship here, especially since he still hasn’t’ left my group, he came to switch & wanted to get involved in rope more. Hopefully we can be friends; I do really like him & got along well with him.

“TBH I have drafted a hundred different messages in reply. But fuck. This is hard.

Thank you for actually reading my email, I know it was long & I’ve never sent a guy my unedited thoughts before. I regretted it 1000 times.

I have a lot to say, but I’m not going to text endlessly. The way I see it, if you’re truly sorry, you’ll put in the effort & see me. If you aren’t, you won’t. Simple”

He reads it almost instantly & never replies… Well I guess he didn’t mean everything he said to me! Hahaha… Fucking hell some men are god damn liars… He said he wanted to be friends, well that will never happen now. I hope I never see him at an event ever again, I don’t know what I would say to him, even if I did… Probably just that, why would you still spin me bullshit after saying everything was true but then not actually wanting to be my friend?

So the snapchat girl re-joins my group, yaye… (Insert eye roll here) So happy about that! But Noddy gets deleted by the bot I installed to delete non talkers.

It’s Switch, I’m excited to be going, I am going alone though, Noddy & I had planned to go together again, so clearly that’s not happening. I hope to god that he doesn’t go… Surely he wouldn’t. Demon has said that she won’t be there, but her brother & girlfriend will be there & has asked Ripples to tie her again. I am meeting my friends there, they are doing the show so I don’t want to miss is, but I am scared to go alone.

I spend ages getting ready, it’s a masquerade event, so I have stuck diamante stickers all over my face for my mask & I’m wearing a French Connection sequined playsuit. With black knee high boots. I look fucking amazing! I am feeling so good, my hair has fallen the right way. I look sensational… & I going alone!

I walk in & upstairs to find people I know & because I am alone, I am walking fast to get to find people I know, not wanting to be by myself. As I walk though the door, FUCK…. Noddy! I am not 100% sure it’s him because he’s wearing a grey suit & a mask but I am pretty sure it’s him, however, I am on a mission & don’t really notice him, just walk past, I go to the bar, get a drink & find my friends… I have just found out on the way to Switch that a friend is going to be there too having just broken up with her husband, Holden for an online relationship. I wonder if she’s been seeing Noddy?

There’s a chick at Switch, standing only metres from where we are & she keeps looking over at me, I don’t know who she is, but I figure that she keeps looking because I look so cute tonight! Hahaha… I don’t think I recognise her because her hair is quite short & blonde, she’s about the same size as me, so it can’t be the snapchat girl, she had brown hair that was a tiny bit longer than mine, from memory & she looked quite skinny… BUT… Later on the next day, the snapchat chick posts a photo of herself last night at her first switch (which she has SO much fun at – insert second eye roll here) & I realise it’s the chick that kept looking at me! FUCKING HELL!!! Is Noddy an actual idiot? Why did he come to Switch after ignoring me like an asshole, this is my thing, my event..? He never does anything but stand outside & smoke anyway – go to any nightclub & do that… I ask Doddy (Noddys man crush) if Noddy talked to him & he says no, but he wasn’t sure if it was him or not… At least Noddy is staying away from my friends… I go off to get roped up & candle wax but also watch my friends do the floor show. Hoping I don’t see him again, which I don’t really.

However someone I knew didn’t like me very much from the Private play party yells at me before they go on stage to do their rope show because Ripples tied me & used candle wax… I didn’t realise it was an exclusive thing that you shouldn’t do what the floor show was, I mean if anyone should follow that protocol, it’s Ripples, right? Everyone still gathered around for the floor show, so I didn’t see a problem. I don’t know the unwritten rules of switch. However it’s just another reason for those people to act weird around me & other friends start shutting me out after that happens. I leave Switch shortly after midnight, having felt so great about how I looked to feeling so fucking alone, I actually can feel myself breaking.

I can’t believe Noddy kept walking behind me & my group of friends, brought that chick (who remember has just fled a domestic violent relationship & is now at a kink event! As if the spanking & torture wouldn’t be a trigger?!) & he didn’t even act like an adult & talk to me… I know I walked past him once but I wasn’t expecting to see him the second I got there… I don’t fucking believe this is what happens in my life, it’s actually hilarious! Who gets broken up with via snapchat? Yep, #IBD4U does….! That’s just fucking gold!

To give you an update, Noddy got kicked out of the chat group & Snapchat girl leaves too which makes me happy, however I would have left them there & just went on my merry way, fuck them! A few weeks after it’s all blown over, I’m just saying how I’m out north for work & Demon says she’s at the same shops as me, so we meet for a coffee. She talks a lot about Noddy & the Snapchat girl who is now living with her. So she clarifies a few of the suspicious things that I knew weren’t right. So Snapchat girl is apparently mentally disabled, has had her 3 year old son taken off her & was living with her parents, who were violent, not a partner. Demon tells me that Noddy has done exactly what he did to me to her, well that’s not a surprise, which is why she’s now living with Demon. Well at least that is clearer for me, but I still walk away from this… Or, I guess let him walk away.

Noddy is now in a relationship with a chick, he looks really happy & I wish him well with that relationship. He was a good guy there for a while & he was good for me. I am just sad that I was used yet again by another guy to find the one he is going to be with… I never see him at Switch again, I haven’t been going but I don’t see him at the ones I go to. Nor do I ever hear from him again.