A reader brought to my attention some show’s coming up at the Fringe soon & it promoted me to write this blog, not really about dating but I guess about kink – in a way – which also seems to be the number one question from my readers, always asking about kink. I am no expert, but I am more than happy to share what I know. However, the fringe for those who don’t know is a festival every year in Mad March in Adelaide. But interestingly, I had been to this fringe show that my reader suggested.

Adelaide is a small city but in March everything is in Adelaide. We have The Fringe – a festival with comedy, dance art etc events. We have a car race called Clipsal 500 – a 4 day car racing event in the streets of Adelaide, we have WOMAdelaide – A 4 day music & dance festival in the park, We have the Adelaide Festival – a festival of other arts such as dance, opera, plays etc. There is also Writers week – which involves a program of events to showcase writers. Now I believe from my research on this matter, there is now Tasting Australia at the end of March 2020 – which is for foodies… No wonder the rest of the year we are in hibernation.

So my little home town comes alive in March & the weather is usually hot, it’s just a great time to be in Adelaide. Little summer pop up food trucks & bars come out of the wood works, it’s just a great place to be… If you’re not from here & looking for a visit, I suggest March for a visit here. It’s amazing. The garden of unearthly delights is the best atmosphere & random shows are always a good laugh!

Anyway, back to my lovely reader suggestion. She sent me though the Adult only bubble show & said that I should go as they boast that they are a kinky show! OOOH… intriguing for a gal like me, right?! However I actually went to this show in 2019! Hahaha!

So the display picture for the show is a stripper heel, you know the black patent leather strappy platform – that to be perfectly honest with you, looks like it’s seen better days (why wouldn’t they get a brand new shoe for a promo poster?!) It’s an upside down foot & shoe, there is a piece of string around the heel, so one would assume that the woman is lying down using the string to being the foot up towards her… with 2 bubbles on the string that’s pulling the hell… There is a big bubble on the sole of the shoe… The lighting is dark with a purple background. it actually looks pretty cool but I am studying the picture now to describe it & it’s looking more & more tacky! Hahaha.

“Mix one part physical theatre, one part bubble artistry and one part neo-burlesque, and you get a soapy concoction of kinky, in-your-face theatrics. A raucous and raunchy affair with a surprising story arc full of abstractness and the slightly grotesque, a surreal performative experience that wonderfully showcases the technical prowess of bubble art on a first-class level. Every bubble trick in the book shown in the naughtiest way possible.” 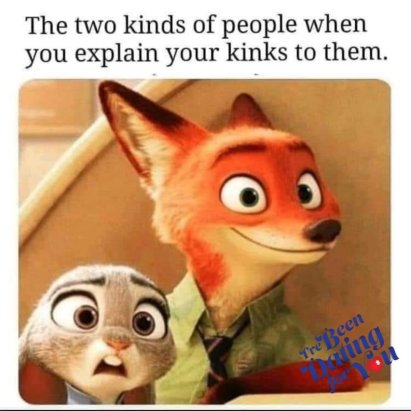 It sounds so fun, right… For a self proclaimed kinky chick like me, it sounds like it’d be right up my ally. An hour long kink show for only $20 (As I’m a member!) Yep this is something I need to go too.

A couple of friends, the couple I met at the Play party & went to Maslin Beach with were the ones who suggested it, I buy the tickets & one extra for my other friend & we head out to the Garden (As it’s called for locals) to see this show. I am actually excited, I have been to Rope shows before as you know. When I went with Milky I was mesmerized. I went to other shows as I got more & more into Rope as you know so I thought this would also wow me.

This show, while amazing what they do with bubbles was not kinky nor was it at all risque. I mean when the woman took off her bikini top, they covered her in bubbles then she quickly ran off stage & had a different costume on – so you didn’t even see boob or nipple really… I would expect nudity at a kink show. The show is dripping with innuendo & sexual themes, but it’s not really what I would call kinky… Definitely R18+ because they do have a lot of innuendo, (plus they do do a kids show, this one is adults only) but not what I would call a kink. I guess unless bubbles get you off!

I may be desensitised to kink perhaps, with all the things I have seen, done & experienced in the past few years to really find this a kinky show, while I enjoyed it, laughed a lot & really was thinking “How the fuck do they do that with bubbles?” I didn’t really think it should be given a kinky tagline.

I think if anyone is looking for a show this year in 2020, they should see this, it was a great show! I am not at all saying it was shit (like some shows I have seen over the years) This was a great show, they are supremely talented with bubbles & I was intrigued the whole show. But just don’t go expecting it to be kinky… I mean I am not sure what I was thinking it would be like, but maybe like I said I am just too close to kink now…

If anyone goes to see it this year, it’s about $25 or cheaper if you’re a member, please let me know what you think! Or if there are other kinky shows I should go too, let me know!