So while you’re all angry at me for making you wait with a cliff-hanger & you were all excited about Motocross, as was I, just imagine being me & waiting around like a loser for his reply in real life! For days!! Overthinkers nightmare!! I spent a long time agonising over that message that I sent on whatsapp, I mean stalker alert, what if this guy is trying to ghost me & I’m the barnacle on his butt that won’t leave him alone?! I rewrite it in my head over & over, I overthink the wording, what I would change if I could, what I should have written, should I write again!? FUCK.

I literally have a million things going through my head, mostly about what’s happened to him, not that he just didn’t want to write to me. He’s told me before that he had a bad accident that left him bed ridden & paralysed for 6 months, that I think about the worst case scenario, that he’s crashed, he’s injured, he’s in a bad way & no one knows to message me to tell me because they don’t even know about me. (When things got serious with Noodle, I told my sister how to contact him to tell him if anything happened to me – it wouldn’t have been the same if anything happened to Noodle, I would have never known, so I’m assuming it would be the same with Motocross.) If he was & was told, would I go to the hospital? Would I fly to where he is? Would I even be involved at this point, I mean it’s weird, but this is where my brain goes.

I don’t have to torture myself for much longer, I see his reply on my phone without having to click that I’ve read it, jeez whatsapp is good! So because I’m at work when he messages I read the preview but have to wait till later to reply. At least then I can read it & prepare a reply in my head before he sees that I’ve seen it…

“Hey I’m sorry I haven’t I’ve texted you me phone doesn’t work anymore gotta get a new phone today I got back to Adelaide last night. Me weekend was really good thanks. I’m definitely not seeing anyone I enjoy hanging out with you to once I get a phone today I’ll text you. I’m definitely not injured or anything.” Then 10 minutes later “I use wats app to check in with my neighbour back home to see how my house is going” The second message 10 minutes later makes me suspicious, I don’t know why, but it does… The fact that he had to explain something 10 minutes after the first message, just is weird to me – it’s something I’d do when trying to over explain something. What happened to his phone?! How is he using whatsapp if not on his phone? It’s his Australian number, not an American number for him to be messaging his neighbour. But the stupid part of my brain doesn’t really notice all that, & I fixate on the part that he likes hanging out with me & that he’s not seeing anyone else… What is wrong with me!? (This is also part of the reason why I don’t post in real time!) 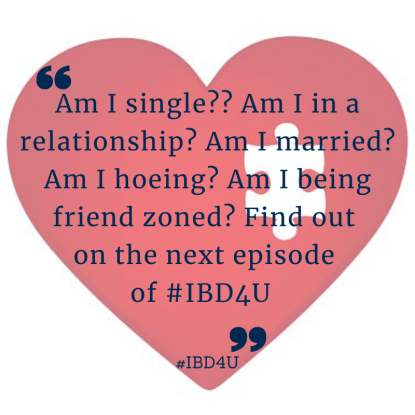 Now, I talk about this on the podcast I was a guest on & I need to invent a word because desperate isn’t the right word, I am not in the traditional sense of the word desperate but I really want a relationship – I want this relationship to work out. I really want to have a partner & I chose this guy to be the one that I want try that with – he’s cute, we have good banter, we have some chemistry. It’s not desperation as such but I want it really badly, if that makes sense?! Maybe impatient? Or determined? (Thanks Thesaurus) still not 100% right, but do you get what I mean?!

So once I have time & have gathered my thoughts, about an hour later I reply, trying to come across as casual than I was before, but still showing interest “No worries… Don’t want to be a crazy chick or anything, but yeah wasn’t sure…. I use whatsapp for the family chat. But saw your contact & thought I’d just see, cos maybe you didn’t get my text… All good. Hope we can catch up again soon.” OMG. That is not casual… What is wrong with you?! Hahaha… He reads the message & doesn’t reply to it. I go about work thinking that I just have to let this guy go. He has multiple ways to contact me, if he wants too, then he will. If he doesn’t, I will walk away & just have a cry & move on.

About an hour & a bit later, I get a text with Motocrosses face popping up on my watch “Hey I’ve got a phone again. Apparently phones aren’t water proof. Soooo how was your weekend you got much planned for tonight” Errr, what?! Phones are waterproof, I’ve have a waterproof phone since I was with Noodle like 2 years ago? I remember because that’s when I started sharing shower pictures & was so obsessed with messaging Noodle every second I could, that I would take my phone with me in the shower! Motocross has an iPhone, I’m pretty sure most of them are waterproof & have been for many years… I try not to dwell on it, I mean the guy is now asking what I’m doing tonight, fuck I am so easy! This is tragic…

“Phones are waterproof if you don’t have a shit iPhone. My weekend was alright, except when I went riding with my nephew… Just going to the gym tonight, nothing else really” I am not going to swap around my gym schedule anymore for this guy, I would normally go earlier or skip it, but after the fact he doesn’t message me all weekend, I am not making any more sacrifices, maybe we are just friends?! “Oi nah there not silly iPhones aren’t shit just the operator. Yeah nice that’s good then oh what happened when you went riding. Oh yeah okay enjoy the gym then. If you want a visit later hit me up.” Hit me up!? I mean he’s said this to me before, I don’t really notice it at the time, but yeah hit me up, isn’t really wanting to hang out with me, is it?! It’s more just a comment like hit me up for sex. Or is it just the way he talks? Well of course you all know I want sex, that’s obvious, so why not… Maybe now I’m just over thinking everything!

I tell him that my phone is waterproof & I’ll prove it. I tell him that when I went riding my nephew stacked it & cried, that I had no idea what to do, #True, I was going to call my sister to pick us up! “But he was ok, he got up & rode on then came screaming down a hill past me ‘I’ve got no brakes’ yeah fun times…!” I then tell him that I’ll be home after 8 & he can come over about 8:30pm. He replies about an hour later “Hahaha oh nah I believe you miss. Ooh that’s unlucky then well least he’s okay then. Oh yeah okay that sounds good or so you wanna do it tomorrow night if your busy” I am pretty annoyed about the weekend of radio silence & even into the week, however my stupid vagina, fucking wants sex… “Yeah I wasn’t good when I got home hahaha, might not be able to watch you do tricks on your bike… I pretty much gym Tues, Weds & Thurs at the same time… just not been going while I’ve been seeing you but can’t keep skipping it… sexercise is not the same… so after is good for me, if that works for you” Yeah I am not skipping it anymore. Motocrosses wife was skinny, I bet I’m the fattest women he’s ever been with!

“Haha yeah right I’m pretty sure you wouldn’t cope seeing me ride then. Oh yeah okay that’s cool well I don’t wAnt you missing it cause of me I can just see you once you finished the gym then that’s cool by me” Yeah I am not changing my gym schedule anymore jerk. “Maybe I’ll just watch you through my fingers?! Hahaha… Or just don’t stack it?! Or scream at me I’ve got no brakes…! Alright, yeah it’s all good… I’ll see you at 8:30. I’ll leave the door unlocked in case I’m still in the shower” Then he can get the hint to just let himself in in the future. “Hahaha maybe best I’d say. Oh nah I don’t stack often hurts yo much unfortunately. LOL my brakes always work so no stress there. Yeah alright okay see ya then sounds good night join ya” So even though there is a spelling error, did he just ask to join me in the shower?! So I talk about my nephew crashing but add “Hahaha.. .I’ll just stay in the shower then shall I?” he replies with “Oh yeah interesting I’ll be cumin then” We text a little bit more, mainly his stupid hash tags of #True, #Interesting & #Correct.

I go to the gym & then message him that I’m home & the door is unlocked just after 8:00 pm. I don’t know what time he’s going to get here & I don’t know if he is serious about having a shower with me. Meeting me in the shower? So I race in the shower, washing my hair as quickly as I can, so I am basically done all the necessities when he gets here, if he jumps in too, I don’t want to be still brushing my teeth or rinsing my hair.

He rocks up about 8:30 pm & scares me as he enters the bathroom (Fuck, not again!), he chats to me through the glass shower screen, he comes in & sits on the edge of the bath chatting, that I have to ask if he’s getting in which he says nah, so I feel like a dick still being in here, I would have gotten out ages ago if I knew he wouldn’t get in.

I turn off the water & grab a towel, drying off in the shower cubicle, it’s not what I usually do but I feel a little exposed, he even says, something about me drying off in the shower & I say that I dry off in there… Which I don’t! I have no idea why I lie, but I then get out & sort of have to stand in front of him drying myself, naked. I feel exposed & weird, why does everything have to be weird after the weird weekend…

I get dressed into a warm casual tracksuit & we go sit in the lounge room, I have put on a YouTube mix before I showered, so we are listening to songs – just relaxing on the couch, I don’t want to suggest a movie because I don’t want to sit here in silence, I want an answer, I want to talk about this… So I sit there for ages when I finally build up the courage to turn to him & say “So what the fuck happened this weekend?”